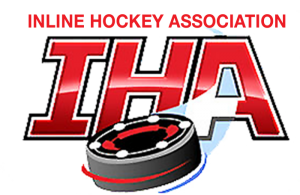 The Inline Hockey Association (IHA) is a cohesive unit for Inline Hockey. Through the standardization of rules, coach certification, and referee certification; The IHA plans on making a single hub for all inline hockey players to grow the sport, educate both hockey and non-hockey players about the sport, and to give all amateur inline hockey players a even playing field to improve their game nationally.
The Inline Hockey Association (IHA) has created an environment with standardized rules and certification programs that promote fair play and safe sport throughout the organization.
The IHA will be the central point to post schedules for all participating inline hockey organizations so players and fans will be able to see what is happening in either their area or an area they may temporarily be located at.

If you would like to share your schedule, become a member, an athlete or an official for the Inline Hockey Association, click here to learn more.