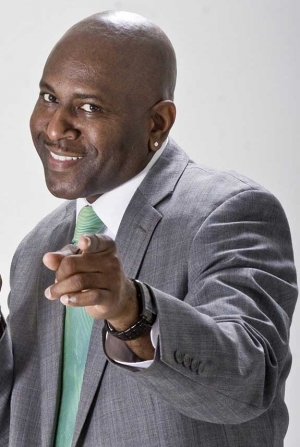 Did you know that your fellow RSA member and owner of SK8 City Jacksonville, Terry Harris, is also the "Funniest Clean Comedian of the South?" Join us during the RSA President's Dinner at this year's convention where he will give a fun and hilarious performance for members to enjoy!
Terry has appeared on four seasons of "Comic View" and was a finalist on P. Diddy's "Bad Boys of Comedy." He has worked with Cedric the Entertainer, Jamie Foxx, Ricky Smiley, Guy Torry, Chris Titus and Monique. He has traveled the country performing at comedy clubs, churches and corporate events, and appeared at the Jamie Foxx Laffapalooza Comedy Festival and Bay Area Comedy Competition.
Harris has had numerous appearances on B.E.T., was the previous owner of Po'boy's Pizza Restaurant, Senior Master Sergeant in the Air Force and Air Force's Florida National Guard, an electrical technician for the Jacksonville Electric Authority and the owner of Sk8 City Jacksonville. He has served his country, experienced a tour of duty in Iraq and travels worldwide in support of military missions, natural disasters and humanitarian relief. This incredibly talented comedian, entrepreneur, soldier, and electrician still finds time to be an excellent father to his four grown children.
We can't wait for you to come laugh with us! Join us for Terry's performance during the President's Dinner at the RSA Convention on Wednesday, May 4.

Carson Peters, Performer on The Voice 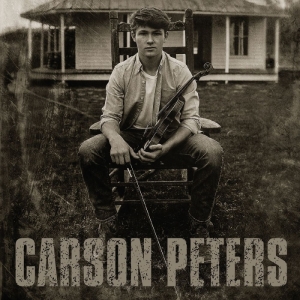 Bluegrass fans know well the wise-beyond-its-years delivery that won over The Voice coaches Ariana Grande, John Legend, Kelly Clarkson and Blake Shelton with a blind audition performance of Don Williams' "Tulsa Time." Indeed, Carson Peters made a name for himself before hitting the road with his father Jamie Peters and their band Iron Mountain. The Piney Flats, Tenn. native's trek began at age 4 when he first started entering fiddling contests. Before his teenage years, the younger Peters made appearances on Little Big Shots with Steve Harvey and The Tonight Show with Jay Leno and debuted on the Grand Ole Opry House and Ryman Auditorium stages alongside Ricky Skaggs. 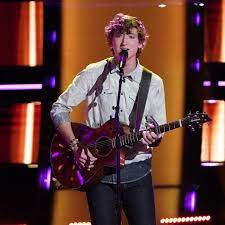 Berritt Haynes, a 19-year-old singer, had a wish to watch The Voice in person. "I was granted a Make-A-Wish... my wish was to come and watch The Voice," Hayes said during the Sept. 28 episode of the singing competition. Haynes is referring to the Make-A-Wish Foundation, which grants wishes of critically ill children. However, Haynes saw an even bigger dream fulfilled: a spot on Team Blake Shelton. 'The Voice' AuditionAfter Haynes' mother sent in a tape of him singing, the talented young artist took the stage during the show's blind auditions to perform Brett Young's "Mercy" for The Voice coaches and earned a chair turn from Blake Shelton.
﻿ 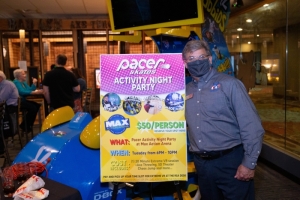 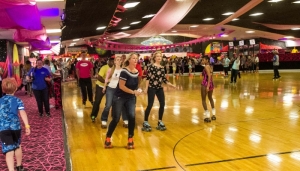 On Tuesday evening, Chris Maganias, owner of Astro Skating Centers throughout Florida, is known for treating employees, fellow rink owners and customers like royalty - and his parties are an incredible experience. If you’re looking for a feast of foods, roller skating, socializing and learning how these incredible skating centers do so well, including a seminar on how to utilize your staff to market your rink.
﻿

Don’t miss your last chance to eat, drink and dance the night away with your fellow rink operators at this formal event celebrating the RSA President, the roller skating industry and those who contribute to it. Plus, make sure to grab a raffle ticket from your RSA Board Member or National Museum of Roller Skating Trustees at their trade show booth to win a giant raffle at the end of the night. Raffle tickets are just $50 each. Members who attend will be treated to a special performance by Berritt Haynes and Carson Peters, both of whom were featured on team Blake of The Voice! Members will also be treated to a comedy show from RSA member and famous comedian, Terry Harris of SK8 City Jacksonville.

Members who want to visit Universal Studios may do so on Thursday! We will have a little scavenger hunt sheet giving you an opportunity to enjoy the park with the benefit of a tax write-off.  This will be a ticketed event. Fees will apply. Purchase your ticket when purchasing your convention registration.
﻿﻿